Leaguepedia | League of Legends Esports Wiki
Register
Don't have an account?
Sign In
Advertisement
in: The Journal of Justice Issues

The Journal of Justice/Volume 1, Issue 16

The twelve Demacian miners trapped underground following a mine collapse last month in Kalamanda Village have been rescued. Though weakened after being buried underground for nearly a month, all twelve miners emerged in high spirits.

The cave-in occurred at the #1 Loadstone Mining Consortium on January 25th, at the site of Demacia’s primary mineral extraction operation in Kalamanda. Rescuers have been working around the clock to reach the trapped miners. During the recovery operation, Demacia accepted help from Piltover and Ionia, and even put aside its historical animosity to accept Noxian aid.

However, during the excavation, the temporary peace was shattered when a troubling piece of evidence was discovered, suggesting that the cause of the mine collapse was man-made. The body of a Noxian soldier was recovered underground approximately one kilometer east of the trapped miners, where geologists had estimated the initial fault point of the collapse. The soldier was surrounded by various Noxian arcano-seismic charges, and he appeared to have been caught unexpectedly by the cave-in after the charges were detonated.

An official investigation was immediately launched, with Kalamanda and League officials working in conjunction to scrutinize this potentially cataclysmic breach in the League code. Tensions at the rescue site nearly caused a fight to break out, but the Noxian rescuers lending aid withdrew swiftly in order to avoid conflict.

Although the investigation has not reached an official conclusion, the Kalamanda Village Council made the immediate ruling to grant Demacia the highly coveted exclusive mining contract. It establishes a permanent partnership between Kalamanda and Demacia, bestowing the city-state with exclusive extraction rights of all minerals within Kalamanda’s lands. In return, Demacia commits mining resources and opens a direct trade route to Kalamanda, effectively making Kalamanda one of its incontiguous provinces. Effective immediately, all independent and city-state affiliated mining parties must cease activity and withdraw all mining operations from the village’s boundaries.

A formal ceremony in the courtyard of Kalamanda’s Seat of the Elders will be held in the coming weeks, with Mayor Anson Ridley making the formal announcement of partnership with Demacia. A delegation of Demacian officials will be in attendance, helmed by the King of Demacia himself, Jarvan Lightshield the Third.

Yordles to hold parade in honor of petrified pastry[]

Yordle scientists are studying the fossilized remains of what has been determined to be a cupcake recovered from the famed “Mothership” of Bandle City. Beardly Kittle, a local tinkerer, made the discovery over the weekend when he fell from unstable scaffolding.

“I’m lucky I had my safety line!” Kittle said in a press conference on Sunday afternoon. “The walkway just fell away beneath me. I must’ve fallen at least fifteen feet before my line ended and I crashed into the side of the ship. When I came to, there was a loose panel with some lights flashing inside. I reached in to see if I could feel what it was. Just then, I heard a ‘ding!’ and a stone fell into my hand!”

Other witnesses claimed to see lights flashing across the ship for a few seconds just after Kittle had fallen earlier that morning. A large crowd gathered almost instantly after the event, but it was several hours before an agreement could be reached on how to get him down.

Bandle City Mayor Dennison Jadefellow authorized a scientific study for both the stone in Kittle’s possession and the Mothership itself. The Journal of Justice was able to gain an exclusive analysis of the results.

“The ‘stone’ specimen is, in fact, a petrified cupcake,” says lead scientist Margie Grunbean. “As you can see, it has a porous cake layer

covered by a hardened shell of frosting, and a rock-solid cherry attached at its top. It certainly isn’t edible now. I can only guess what sorts of preservatives they must have put in the thing to make it do this.”

When asked about the Mothership, Grunbean was less conclusive: “I haven’t the faintest idea of how it happened. We even tried stringing someone up there to do the same thing that Kittle did. Poor Smeed is bruised to high heaven after bashing himself into the side of it all afternoon—and nothing happened! We are continuing to investigate, but so far it doesn’t look like the Mothership will be turning on anytime soon.”

The Bandle City Mothership, a hulking, unfinished rocket ship that sits above the city center, is a cultural icon for Yordles across Runeterra. There are no records that say where it came from, but oral histories declare that it was there before the first Yordles came to settle the Ruddynip Valley (where modern day Bandle City is now located). Yordle society is unified around the concept of “getting it ready,” or restoring the dilapidated structure as a symbol of cooperation. Unfortunately, actual cooperation ends with a hodgepodge of several unfinished projects littering the site, and ongoing debate over what should be done next.

The discovery has awakened unified celebration in Bandle City for the time being, however, with Mayor Jadefellow declaring a city-state holiday on Friday.

Local civic groups are being asked prepare a parade in honor of Kittle and his cupcake.

The triumphant return of Ram Steed[]

Ram Steed
Your Eye Inside The League Of Legends

My name is Ram Steed and I am back from the dead.

As many of you know, I recently met the blade end of

Shaco's Killing Joke. Seeking out the elusive homicidal jester at the behest of the people, I was brutally and repeatedly stabbed and left for dead. The experience was excruciating, to say the least, though I will wear my scars with pride.

However, as we all know, the healing arts of Valoran are beyond most such injuries. Once found, clinging desperately to the last threads of life, my wounds were quickly managed and my condition stabilized. But awaken I did not, for the wounds were far more than simply physical.

Shaco's blades cut deeper than skin, deeper than muscle or bone. They carved into my very soul. As a seeker of truth, as a crusader of the people, I have always driven myself to go further. My life has been one of service. However, this was further than I've ever gone – right to the precipice of death itself. And it was death that began to seep into my soul and force me to into a deep examination of life, and not just my life.

Whatever spark of consciousness remained in my healed yet wounded body danced in realms beyond those of conventional reality. Much of my

experience is not one that I can put into words, not things that I can easily or readily share. Much of it still seems like a dream to me, unreal and ephemeral. However, there are some things, some conclusions I have made, that I must share with you.

The thing I have devoted my life to, the thing I am most passionate about is the truth. I am more keenly aware than ever of just how scarce a commodity that is. It is an elusive companion, cloaked in the shadows of politics and machinations. My experience has shown me the extent to which it is hidden, and it has made me understand that the quest for truth is a dangerous one – far more dangerous than I have believed.

And I am a man who is now willing to seek the truth, no matter the danger. I will crawl into the mouth of

Cho'Gath or challenge the Summoners who run the Institute of War if that is where it lies.

My dedication to you, the people, is perhaps stronger than it has ever been. The people need a champion to shed light into the dark corners of the world, not just champions to fight its battles. I feel this pull more strongly now than ever, as if it were truly my purpose for being.

Your words of support have moved me. It is gratifying to know that one man can matter. Rest assured, the requests that peppered your well-wishes will not be ignored – even if my quests for truth take me in other directions as well.

This is the new Ram Steed, signing off. Let the League of Legends beware.

The Mailbag of Justice[]

Reader mail from all across Valoran – answered![]

Our mailbag continues to swell with letters, growing greater with every issue. We’re very proud that you have taken the time to read our publication, and we appreciate your thoughts, suggestions, well-wishes, and questions. In these often-troubling times, your missives help remind us to forge onward, seeking and delivering the truth.

Thank you for asking, Skyesilvary. This is something that has piqued the curiosity of many. In fact, Sejuani has not been seen in Freljord since the unification was officially recognized. Some sources have reported that Sejuani left the region, but nothing has been confirmed. We spoke with members of the Winter’s Claw tribe, and they admitted that they have not had contact with Sejuani since. When asked if they were worried, the tribesmen’s general response was: “Yes, but not for her.”

“I actually had a question for

Caitlyn: Would she consider letting someone help her catch C? I have a great many contacts and people who owe me favors in the criminal underworld and I would be more than willing to render any and all help if need be.” – Ymir Jotun

Who better to address this than Caitlyn herself? I can tell you, however, that this is a touchy subject.

“Ymir, your offer is well-received, though concerning. Favors aren’t often gained in the criminal underworld through legal or responsible means. Though some law enforcement officials may endorse ‘playing ball’, I don’t. I rely on my wits and my tools to get the job done. That said, if you’ve got information on C, feel free to send it over. If you’re asking to be involved in my investigations, sorry, I work alone.” 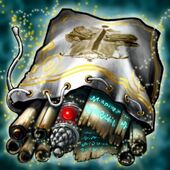 “Since the victory of Ionia over Noxus in the League, I started to seek information about master Lito's son, Zelos. Zelos has left to Demacia long ago to seek assistance, and as an Ionian summoner and former soldier, I cannot help but wonder about him. What is his mission's status, and can

Irelia’s strength and resilience is a symbol of the Ionian people, and it was a truly heart-wrenching experience to see the effect this question had on her. That she composed herself and provided you with an answer is a true testament to her character.

“I haven’t heard a word from my brother nor any news or rumor of him since the day he left for Demacia.

Soraka once told me that if I reach with my heart to the stars every night, he will know I’m here, and perhaps find a way home. I haven’t missed a night.”