Team LoLPro is a North American League of Legends team, formed in October 2013 during Curse Gaming roster changes. The name was formerly used by a European team formed by the Curse Gaming organization in June of 2012 when the lineup of Absolute Legends transferred to Curse.

Six days after the roster change, Curse Gaming EU would take third at the DreamHack Summer 2012 offline LAN, qualifying through the online qualifiers. In the group stage, Curse Gaming EU would place first, going 3-0, defeating FnaticRC, PAH, and Millenium. However, Curse EU would fall to Moscow Five in the semifinals 0-2, relegating Curse EU to play in the third place match. There, Curse would defeat FnaticRC 2-1 to take home third place.

On July 17, 2012, Curse Gaming EU would place first at the Elite of Europe online tournament. Curse EU would have a strong showing at the tournament, defeating FnaticRC 2-0 in the quarterfinals, Team SoloMid 2-0 in the semi-finals, and Mousesports 2-1 in the grand finals.

On January 2013, Team LoL Pro took part in LCS Qualifiers, but the team failed to take part in LCS and team disbanded later.

Curse announced their roster changes to Curse Gaming and the (re)formation of Curse Gaming EU, now renamed Team LoLPro and now a North American team on October 7, 2013. The initial new roster consisted of Nyjacky, Cop, Cruzerthebruzer, and TrickZ, though no support player was announced. However, by the end of the month, Cop had moved back to the main roster of Team Curse and Demunlol had briefly joined as the AD carry and then left. On November 1, the roster of Hauntzer, heavenTime, LOD, Apexy, and Nyjacky was announced, with LOD playing AD carry. This roster played in the ALCS. On December 6, Lohpally joined the team, replacing Apexy as support.

The team fared better in the summer series #1, placing second overall after beating Area of Effect eSports and Frank Fang Gaming but losing to Team Coast in the finals. A fourth-place finish to the second summer split gave then 14 points overall and the third seed into the Summer Playoffs.

Prior to the playoffs, Hoodstomp left the team citing personality conflicts[1], and the team played with Zignature as AD carry and Patoy as support, moving Lohpally to be a sub. The team beat Denial eSports in the quarterfinals but then lost to Curse Academy in the semifinals and placed fourth overall after losing 3-1 to Team Coast in the third-place match. As a result, they did not qualify for Spring Promotion tournament.

Team LoLPro competed for the Spring Expansion Tournament in the ranked 5's ladder under the name Thomas and the Slotkins. They placed fourth at the time of the ladder lock, ahead of CompLexity and behind Team Fusion. Their roster for the Expansion Tournament included Flaresz, Thinkcard, Yusui, WizFujiiN, and KEITHMCBRIEF.

The team beat Team Fission 2-0 in the first round of the tournament but then lost to Team Coast 2-0 in the second round and were eliminated.

Players are shown for the entire duration of their tenure on the team, with the role and substitute/trainee status they had upon their departure. 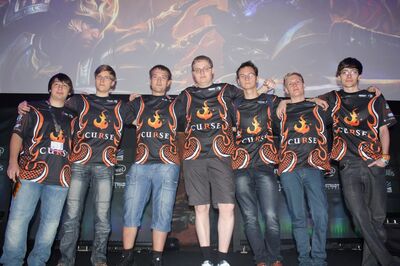