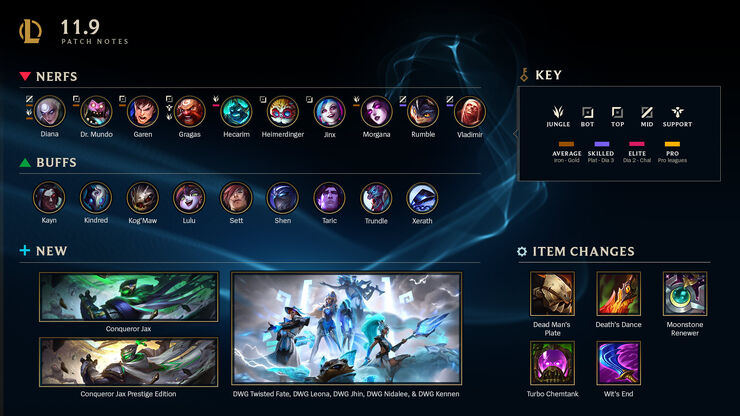 We're rolling into the second split of Ranked on Sunday, May 2 at 11:59 PM local time for your region! Emerge victorious from this Split with exclusive rewards including a Gwen summoner icon, Gwen emotes, and a Series 1 Eternals Capsule. 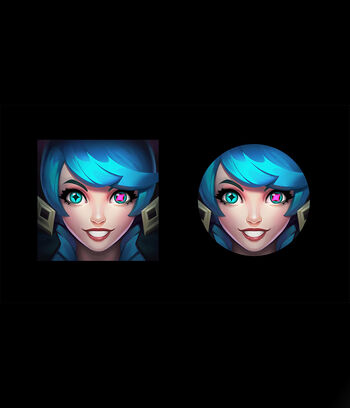 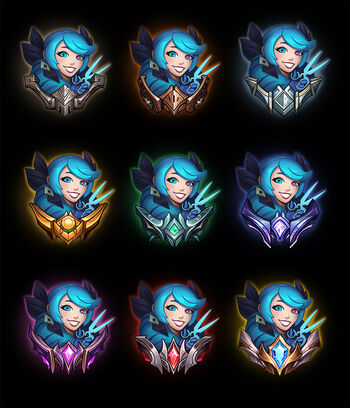 Clash continues! We've got more dates for you and your team to keep an eye on:

The following skins will be released in this patch: 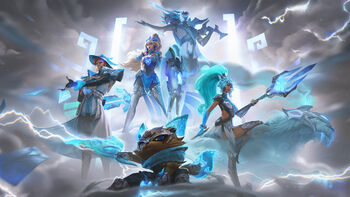 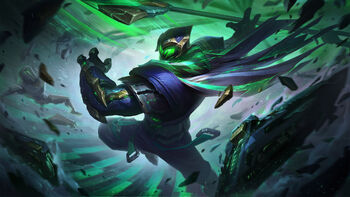 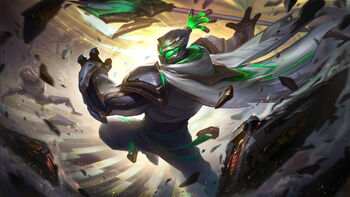 DWG Twisted Fate
Fandom's League of Legends Esports wiki covers tournaments, teams, players, and personalities in League of Legends. Pages that were modified between April 2014 and June 2016 are adapted from information taken from Esportspedia.com. Pages modified between June 2016 and September 2017 are adapted from information taken from EsportsWikis.com. Content is available under CC BY-SA 3.0 unless otherwise noted.
Advertisement