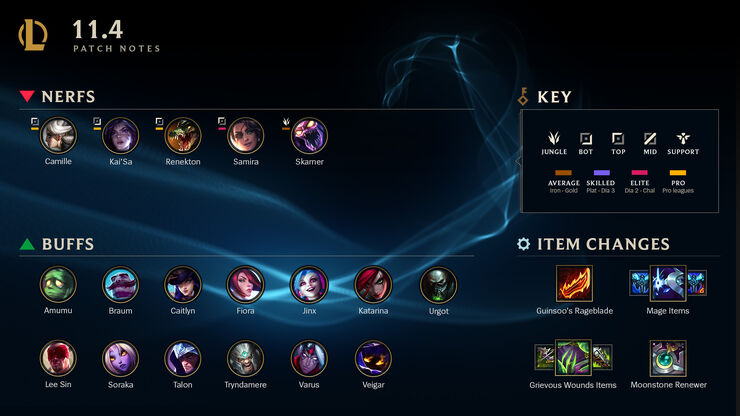 After seeing the incoming healing tech live for some time, we've come to a few conclusions: Incoming healing is very satisfying for the player using it and their allies, but it can hurt clarity around how much health enemies have in tense combat situations. We also found that when combined with shields and grey health, the stacked bars could be a bit confusing. We're making a few changes this patch to address this, and we're planning to roll out the tech to more systems in the future (i.e. health potions and Mundo's ultimate).

More updates so you can wipe out the store and the competition.

Alongside the Clash 2021 Season VP track starting in 11.4, you will see the second iteration of our Build-a-Team feature in Clash. This version will allow players to find and request to join teams that are looking for more players to fill out their roster. This should help turn your roster of 3 or 4 players into a 5 person meme dream team to crush the Clash tournament with.