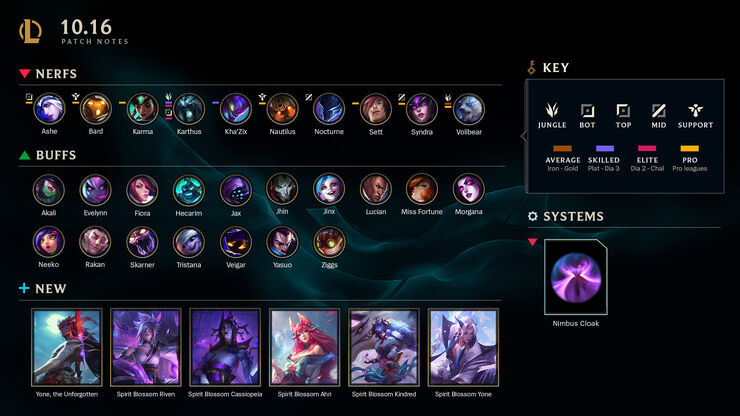 Spirit Blossom Riven, Spirit Blossom Cassiopeia, Spirit Blossom Ahri, Spirit Blossom Kindred, and Spirit Blossom Yone will be available on August 6th, 2020. SUMMONER'S RIFT RANKED SPLIT 3 BEGINS! On August 9th at 11:59 PM local time, the third and final ranked split of the season will begin, but with a little something extra this time! In addition to the usual split rewards, we'll also be granting a random series 1 Eternal capsule to anyone earning 750 Split points.

JUNGLE GUARDIAN BASE ATTACK DAMAGE : [90] ⇒ 80
JUNGLE GUARDIAN ATTACK DAMAGE GROWTH : [5] ⇒ 6
TWO SIZES TOO SMALL : Jungle Guardian will stop growing in size and strength after 40 seconds in combat
KEEP YOUR FRIENDS CLOSE, BUT YOUR ENEMIES CLOSER : Jungle monsters do less damage to low health players and their attack damage has been increased by 20%

URF DEATHMATCH : Champions in URF Deathmatch now get Grievous Wounds immediately when the burn starts
BARDLE ROYALE : Minions no longer spawn during Bardle Royale; minions outside of the circle will be put in Statis
PUSH THE CART : Attack/Defend will no longer end immediately upon getting to Sudden Death. Instead, the carts gain increased movement speed and cannot be blocked by defenders. Time until Sudden Death has also decreased to 75 seconds.
DPS CHECK : Dummy now spawns in a wider variety of positions
LOOT TEEMO AND VEIGAR : Magic resist increased to 100 (gains 25 additional armor and magic resist if they are the 3rd or 4th event)

CATAPULT OF CHAMPIONS : Champions who dash into the wall underneath the neutral frog cannons will now automatically be fired from the cannon. Other units that find their way into that space will be bumped out.
WARD VISION : Wards placed around the top lane center bush will reveal a little more clearly 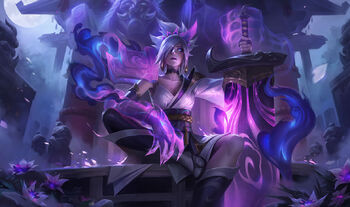 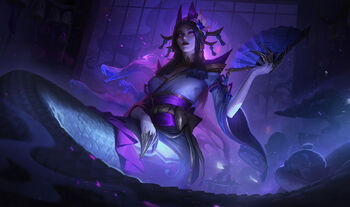 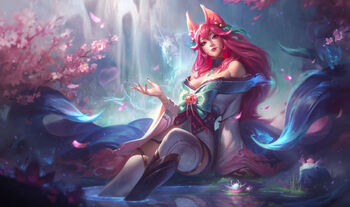 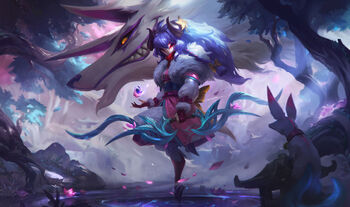 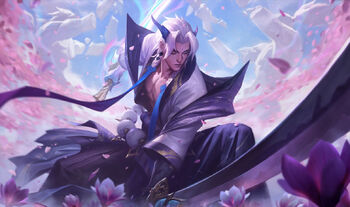 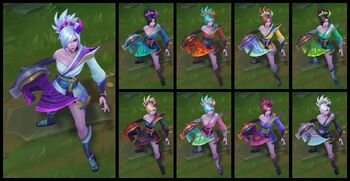 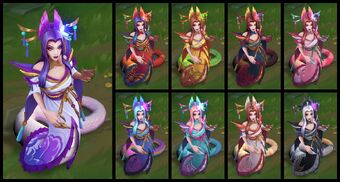 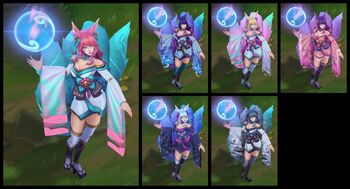 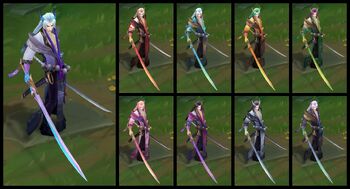 Spirit Blossom Yone
Fandom's League of Legends Esports wiki covers tournaments, teams, players, and personalities in League of Legends. Pages that were modified between April 2014 and June 2016 are adapted from information taken from Esportspedia.com. Pages modified between June 2016 and September 2017 are adapted from information taken from EsportsWikis.com. Content is available under CC BY-SA 3.0 unless otherwise noted.
Advertisement