Kiedyś Miałem Team, or KMT, was a Polish League of Legends team that was created in September 2012, but whose final incarnation began playing in July 2013. In January 2014, the roster of KMT was acquired by ROCCAT and will compete in the Season 4 Spring Split of the European LCS.

Kiedyś Miałem Team was originally formed in September 2012 with five Polish members: Kikis of EloHell; Elendix, Nzq, and ArQuel of Team LDLC; and high-elo player Woolite. Throughout the next two months, Kikis and Nzq would leave to be replaced by Overpow and Xaxus. On November 19, the roster was acquired by EloHell, and the original incarnation of KMT disbanded.[1]

Although the current incarnation of Kiedyś Miałem Team began on July 4, 2013, the members of Kiedyś Miałem Team moved among several organizations throughout the coming months. Together, Overpow, Xaxus, and Celaver competed as Team Infused, H2k-Gaming, and GF-Gaming before returning to KMT on November 25, 2013. Under the H2K Gaming organization, VandeRnoob and Jankos served as the team's fourth and fifth members as they placed second at the Season 4 Europe League Championship Series Qualifier 1, solidifying a spot in the upcoming Season 4 Spring Promotion Tournament.

In December 2013, at the group stage of the Spring Promotion Tournament, KMT began 2-2 and won their final match against TCM-Gaming, to earn the last victory needed to move to the final stage. With their slow, methodical playstyle, Kiedyś Miałem Team pulled an upset 3-0 victory over the incumbent Ninjas in Pyjamas, defeating a team that included three players who had competed at the Season 3 World Championship. With this win, KMT locked down the final spot in the Season 4 Europe League Championship Series, alongside fellow newcomers Copenhagen Wolves and LCS veterans SK Gaming.

In January 2014, Team ROCCAT acquired the team's roster and their LCS position. 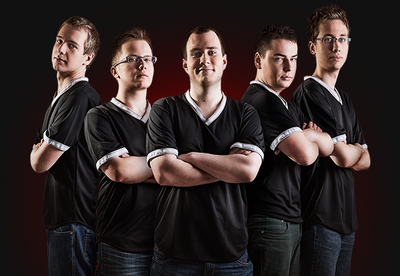